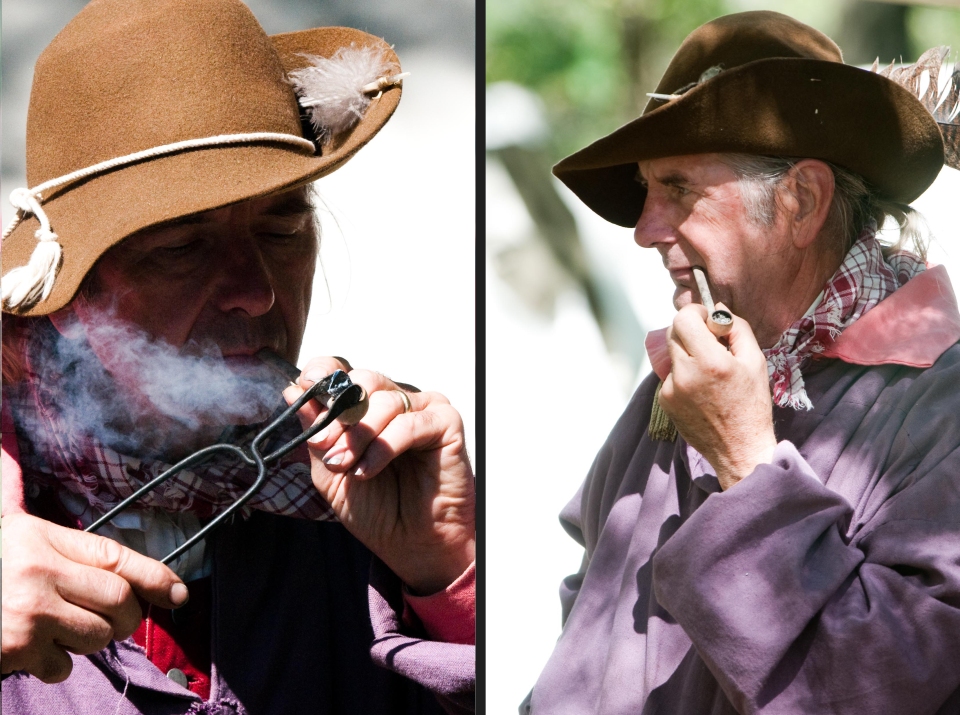 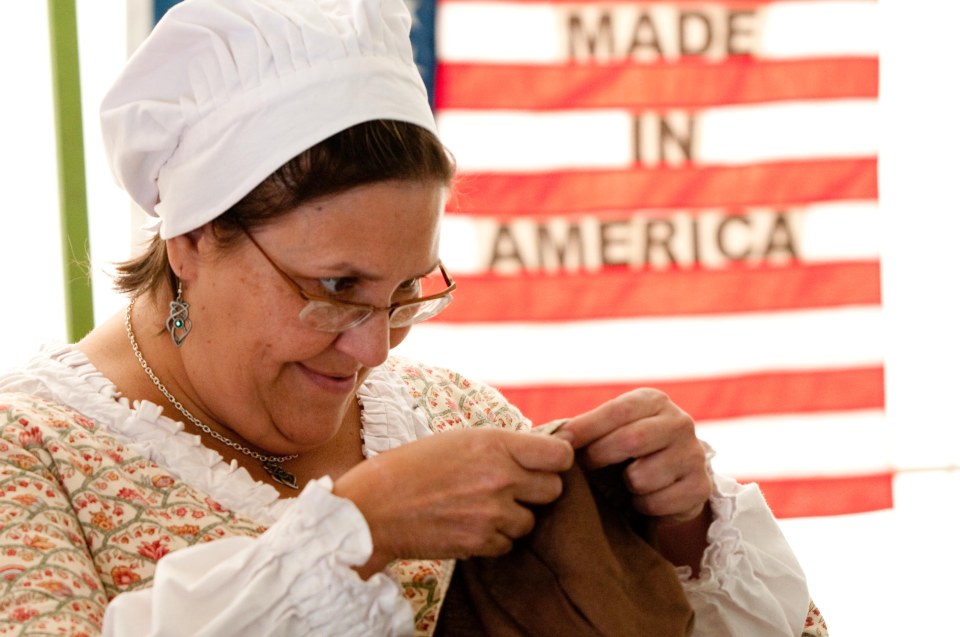 The sound of the cannon was surprisingly loud. I’ve been to the range a few times. I had listened to the warning over the PA system. Yet I was still stunned by the boom of the 3 and 5 lbs cannon. My camera was ready and focused for the first volley but I was so shaken that I didn’t shoot a single frame.

After camping out in 18th conditions for a few days, the red coats squared off against the colonists on the green at Cantigny. The combatants seemed filled with genuine enjoyment as they engaged each other on the field. They were equally enthusiastic later as they conversed with visitors in the temporary village. Participants repaired clothing and gear, read period books, wrote letters and cooked over open flames. All the while doing demonstrations and answering questions.

It took me a moment to adjust to the feel and flow of reenacted 1700’s style warfare. The split second pause between trigger pull and the weapon firing as musket flint struck steel in particular was challenging. In addition, it was difficult to  avoid distracting background elements in the battle images.