“The last time we had our pictures taken was maybe ten years ago” say the parents of two children aged 11 and 14. I pondered this as I arranged and posed them. Each year growing up, my parents would update the 8×10 school portrait of my brothers and me hanging on the wall in the family room. This family on the other hand had no recent portraits of their teenaged children. Last weekend I volunteered for a great event called Help-Portrait. It’s an organization founded by celebrity photographer Mark Cowart. Their first international event took place in 2009 and has now spread to 60 countries. Here’s a quote from their website “Help-Portrait is a community of photographers coming together across the world to use their photography skills to give back to their local community.”

This year’s event put on by the Carol Stream Illinois chapter was coordinated by Mark Lane, graphic designer at Tyndale House Publishers. On Friday evening there was an opportunity for Tyndale employees and their families to get some portraits done for a small donation that helped recoup costs for the event. The next day, over the course of six hours, 71 families showed up at the Wheaton Ministry center. That means 680 people were given professional portraits that they normally couldn’t afford. It was a busy day as I along with 3 other photographers captured memories for each of them. There was also a café set up so that they could relax as they waited for their appointment, and look for frames afterwards.

This was a fun event for a good cause. For more information, or to get involved yourself, check out the Help-Portrait website here: http://help-portrait.com/. 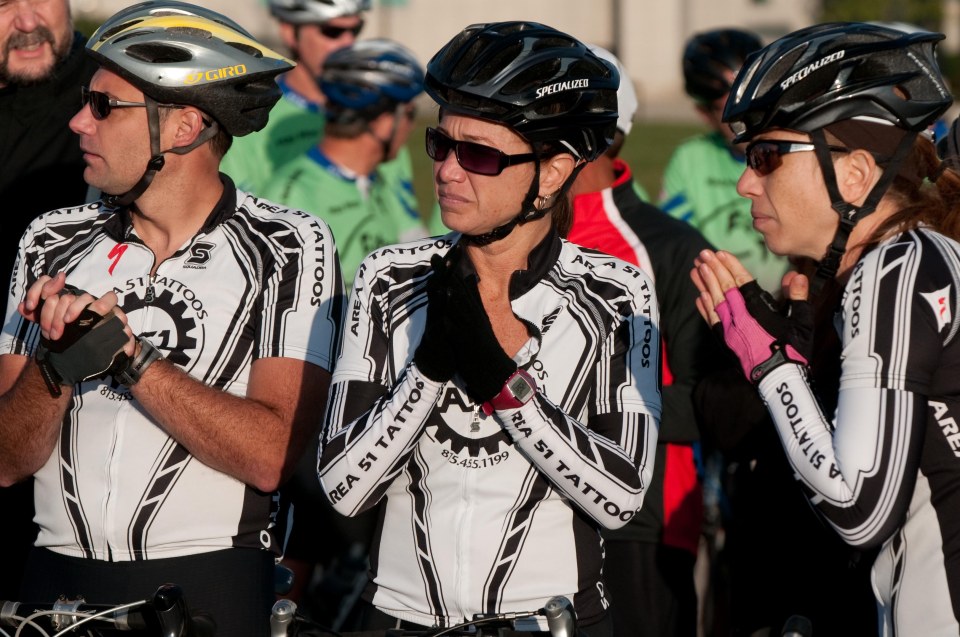 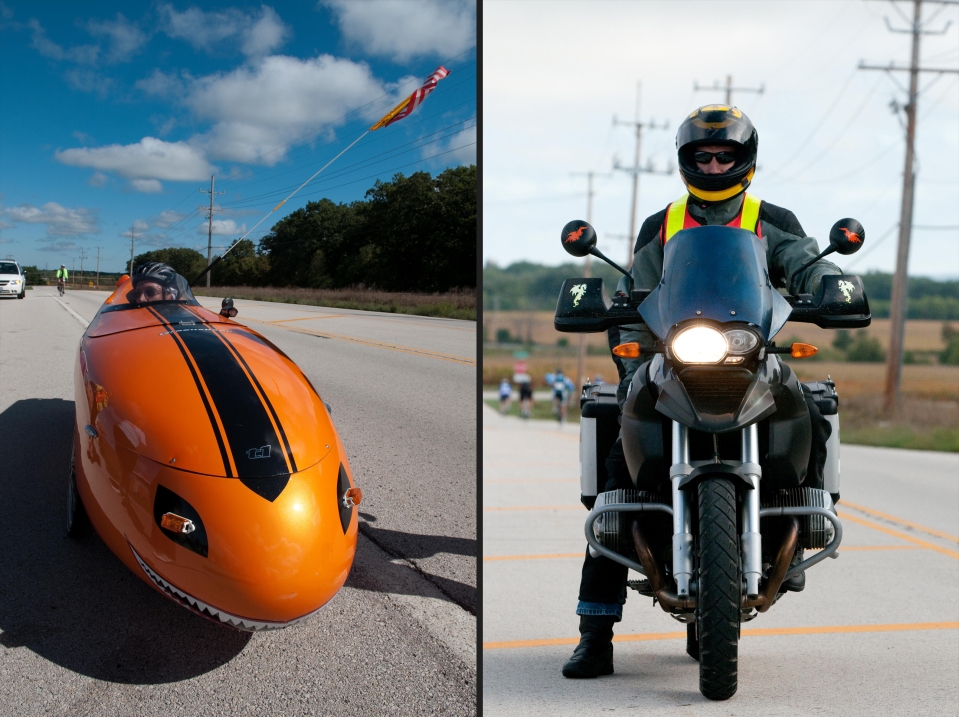 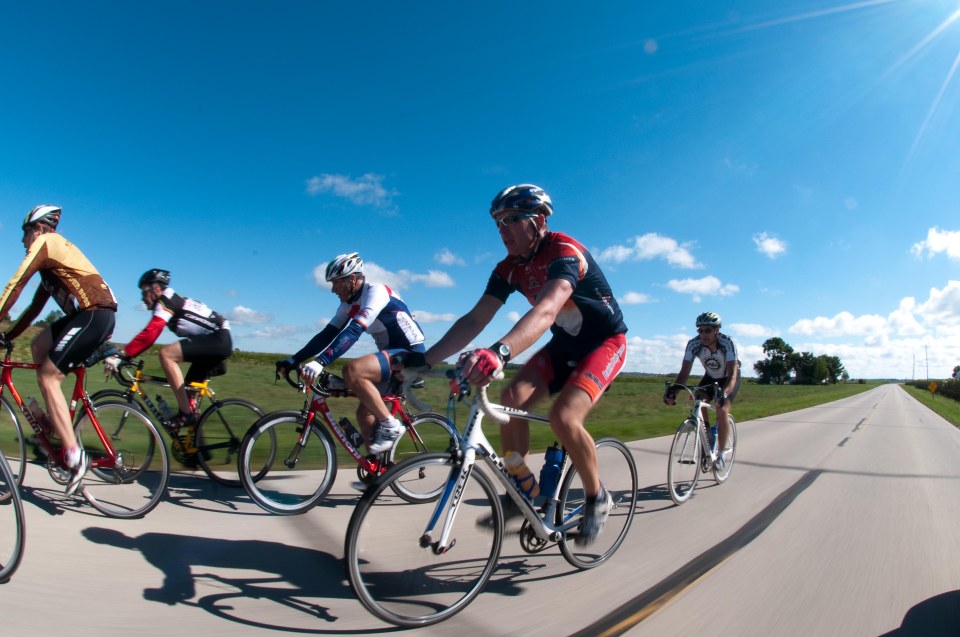 A cold early September wind was already blowing at daybreak when hundreds of riders gathered at Hampshire High School for the Paul Ruby Sub-5 Century Challenge. The competitors were shivering, chatting and trying to avoid mud puddles that had gathered in the school lawn as they clacked around on cycling shoes. I was a little disappointed that there wasn’t a more dramatic looking sunrise, but quickly started capturing portraits of the riders as they talked, joked and discussed strategy. These teams turned out in the teeth chattering September chill in order to raise money for the Paul Ruby Foundation for Parkinson’s Research.

Many of the riders were part of 16 member teams who were competing against the clock, and not against each other by completing a 100-mile ride in less than 5 hours. In addition there were several shorter recreational ride courses set up for all levels of riders.

Some of the interesting additions to this year’s event were a local BMW motorcycle club who volunteered to support the riders, and one of the riders used a recumbent bike with fairing. He mentioned that it has an electrical system that provides him with head and taillights. The trade-off is that it requires a 5 lbs motorcycle battery.

I was able to ride along with Steve Overton who was coordinating the support drivers this year. While I didn’t get to spend very much time at the start or finish line, I was able to capture moments of determination, teamwork and success with each of the teams all around the course. After a few hours of alternately hanging out of the support van window and setting up a stationary position at the roadside a call came over the radio that the last rider on the course was coming in alone. Steve sped over to his position, and as we came alongside two things were clear. First, this guy was exhausted, and second, that he was going to finish his century and not give up. We accompanied him over the last 15 miles with me snapping photos and Steve yelling encouragement.

On the day of the ride, the Paul Ruby Foundation was able to net at least $50,000, which like the more than 400,000 raised in the last five years will be used to directly fund Parkinson’s research. For more information about Paul Ruby Foundation for Parkinson’s Research or if you are interested in getting involved, please visit them online at http://www.paulrubyfoundation.org.

Two of the challenges with photographing an event like this are isolating the focus on the faces of the riders as they move towards the camera at speed, and giving the photos a consistent style without shooting them all from the same spot.

I wanted to maintain a somewhat narrow depth of field in order to separate the riders from the background. In order to do this, from each of my stationary positions, I chose two or three preset focus points, and then captured the riders as they rode through that point. In addition, I had Steve pull alongside the riders and match their speed. This allowed me to freeze the faces of individual riders and by using a slightly slower shutter speed and greater depth of field, provide the motion blur in the background. Steve’s white minivan provided fill light by acting as a reflector. 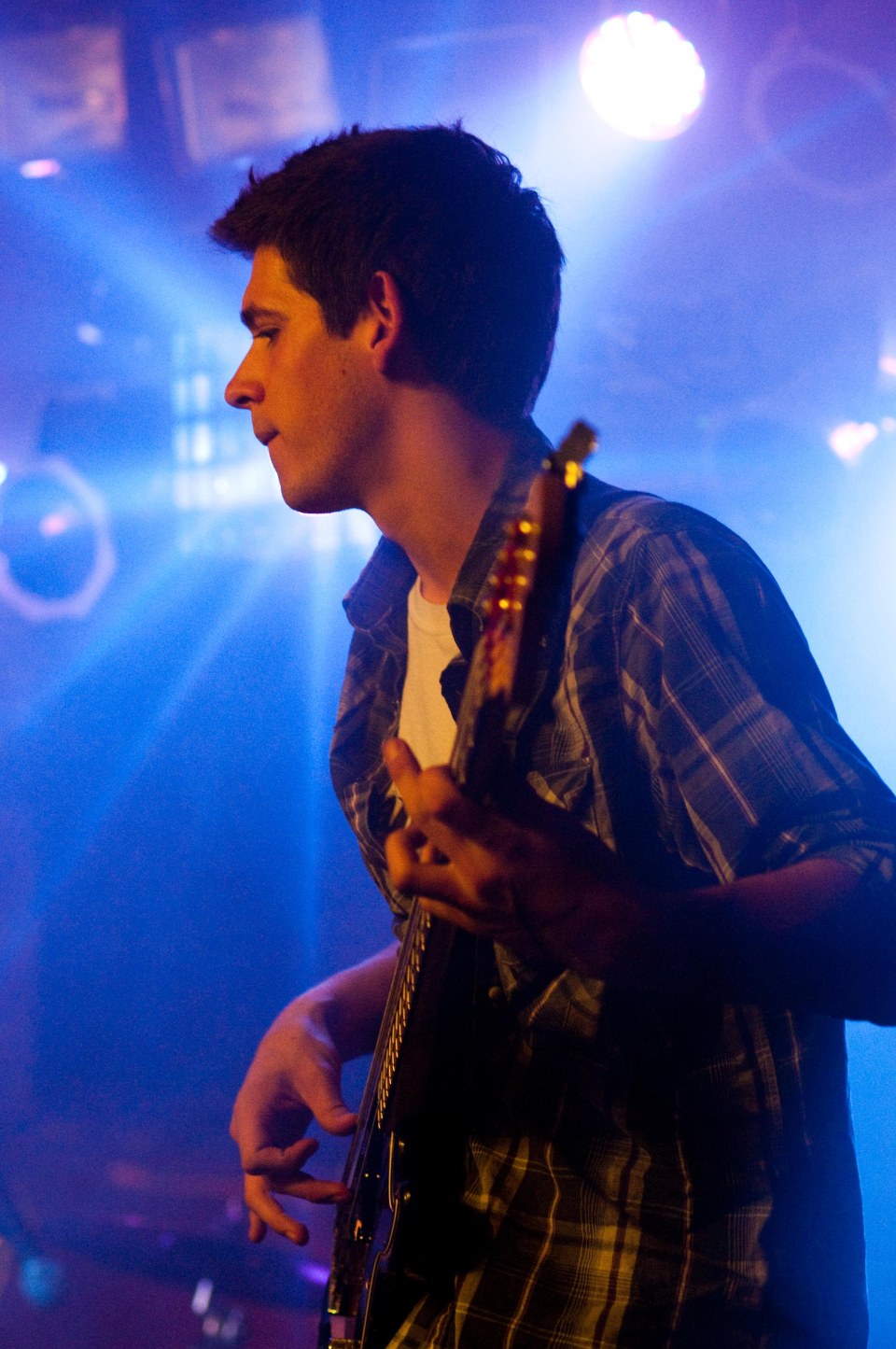 I had the opportunity to photograph Brandon, TJ and Steven of the band Fluid Impulse a few times during the summer. While hanging out with the guys before the shows, I enjoyed listening to the conversation shift from critiques of the other bands to last minute set list and wardrobe changes. Each of them brought different influences and experience to the conversation, and then performed with one voice during the show. These three are currently involved with separate projects but I look forward to working with them again in the future.

Stage lighting quality in these venues varies quite a bit. Most of my images were shot with the aperture close to wide open, which allowed me to focus on each member of the band individually.

You can keep up with their latest developments here: www.fluidimpulse.com